One hundred years of history

Hotel Bristol has been an institution in Oslo since 1920, and much has happened over the past 100 years. Join us for a look-back through the rich and fascinating history of the hotel.

The history of Hotel Bristol first began back in 1912, in an era when Oslo was considered a “city in need of hotels”. However, Waldemar Jensen (born 1881) had an idea. Jensen, who was originally Danish, had long been resident in Norway and had spent ten years as head waiter at the Grand Hotel. 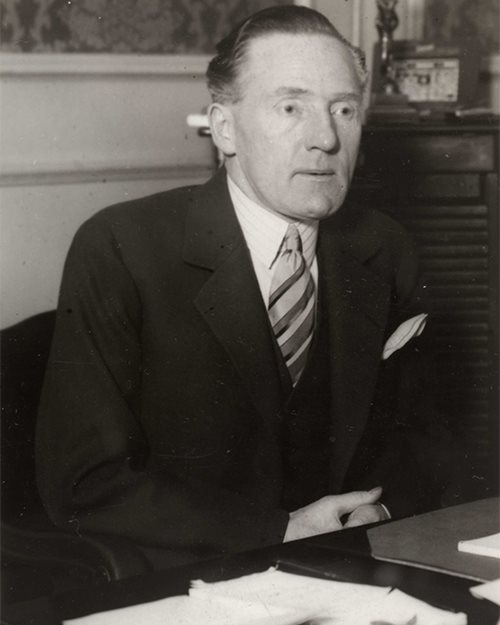 During his time working there he was inspired to start his own hotel, and in 1912 he made up his mind to purchase the plot at Kristian IVs gate 7 – which was occupied at that time by old, tumbledown houses. 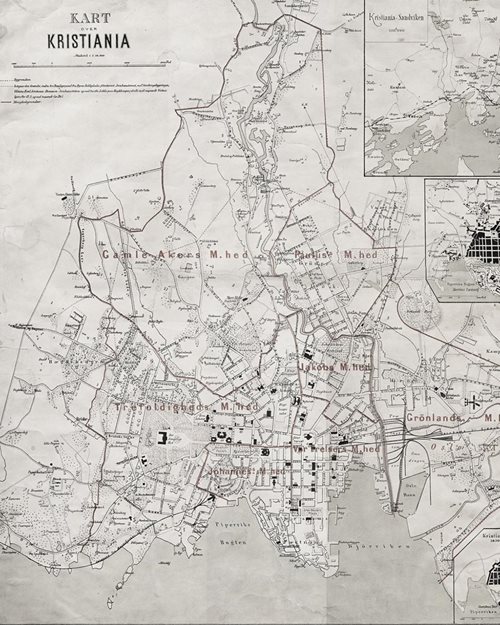 Construction began in 1918 on what would become Hotel Bristol. The building was designed by architect Finn Rahn (born 1879), who largely employed rendered brickwork and granite details. 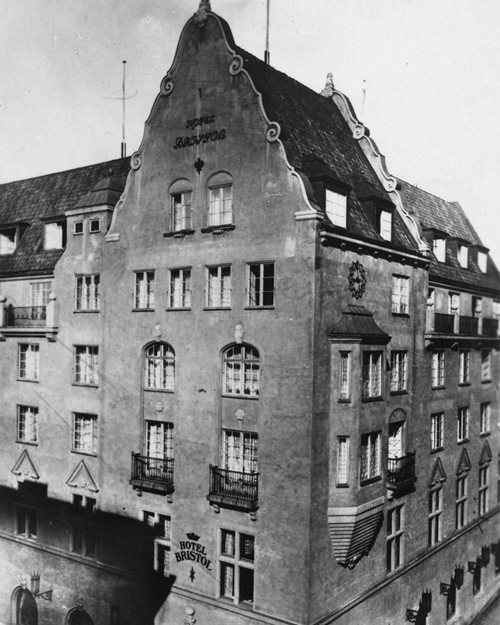 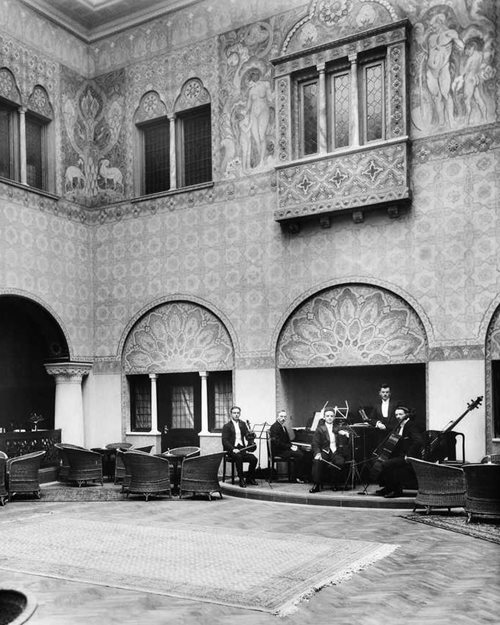 Outside the doors there was a buzz of happy expectation among the guests who had come along to the opening of Den Mauriske Hall, Oslo’s new venue of international dimensions. 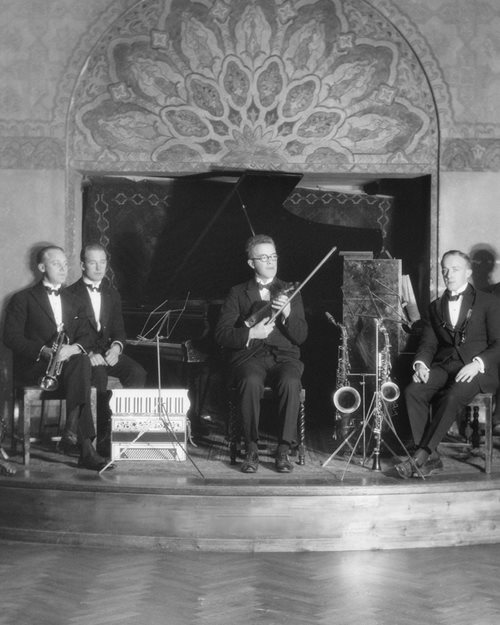 Finn Rahn got his inspiration for Den Mauriske Hall from Morocco, where he spent his winters.

The restaurant quickly became one of the country’s foremost meeting places, and was also the spot where jazz was first introduced to the capital in 1920. People could come dancing here at the heart of a pillar-encircled atrium to the strains of the in-house jazz band and various visiting orchestras and well-known singers. Pictured: Eartha Kitt 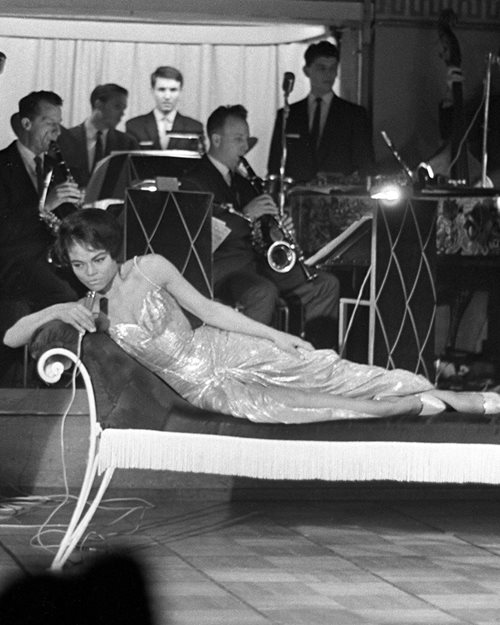 Slightly later that same year the hotel itself also opened for business, and Jensen’s hotel dream had finally become a reality.

The hotel was the most modern and luxurious establishment Oslo had to offer. At a construction cost of NOK 4 million, it was the most expensive hotel in the country, and the only hotel in Norway providing both hot and cold water in its rooms. It had 100 rooms and around 200 employees – including floor managers, craftsmen, painters, its own orchestra conductor and a heating supervisor with responsibility for the coal heating system in the building. 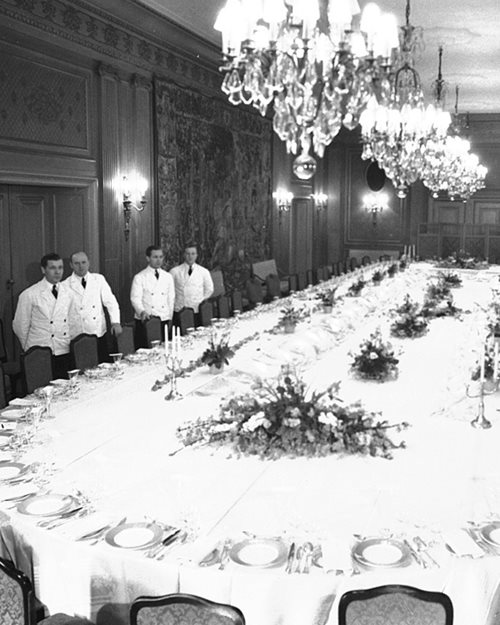 In autumn 1924, some small changes were made at the hotel. What had previously been the smoking lounge was converted into a “grill room” – now known as the Bristol Grill restaurant. In addition, a bar was also opened. 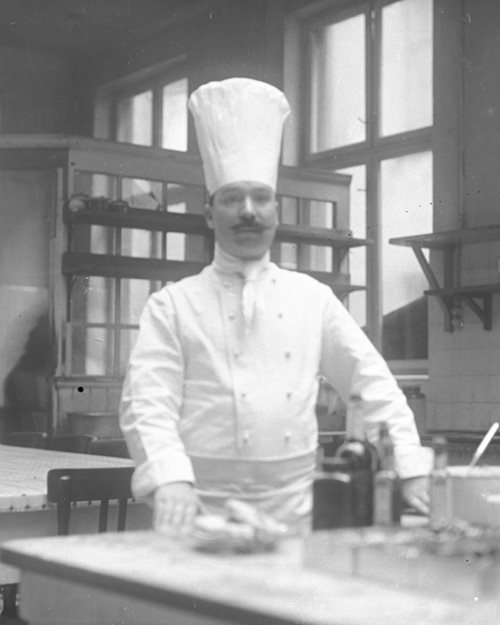 On Monday 30 October 1939, German engineer Hans Ferdinand Mayer arrived at Hotel Bristol. After checking in, he borrowed a typewriter from the hotel, and with it he typed one of the most spectacular leaked documents of World War II.

The seven type-written pages, which subsequently became known as the Oslo Report, described the Nazis’ weapons systems and latest technological development projects. Mayer sent it anonymously to the British Embassy in Oslo, and signed it “from a German scientist, who is on your side”.

The Oslo Report provided the British with a good foundation for developing counter-measures against the weapons systems described, and it was thus an important contribution to the British victory in the Battle of Britain. 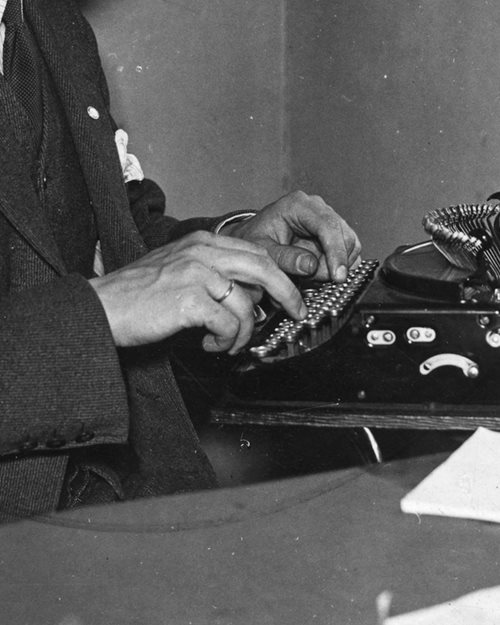 On 8 April 1940, a number of civilian business travellers checked in at the Bristol. The following day the same guests appeared in full German uniform, and the hotel was subsequently occupied by the Germans throughout the war years. 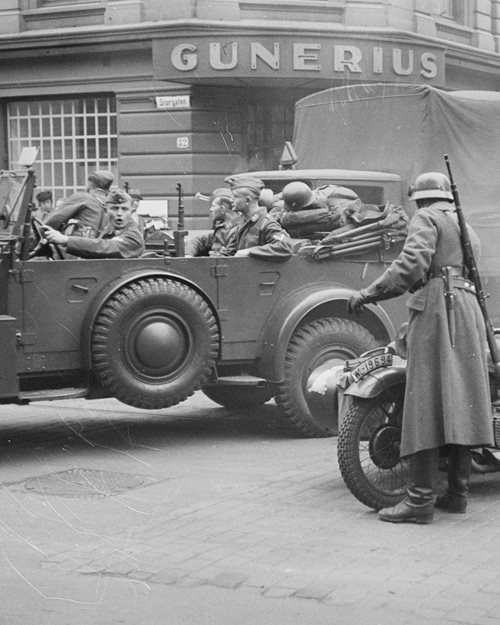 In 1960 the hotel was extended in the form of an annex designed by architectural firm F.S. Platou. 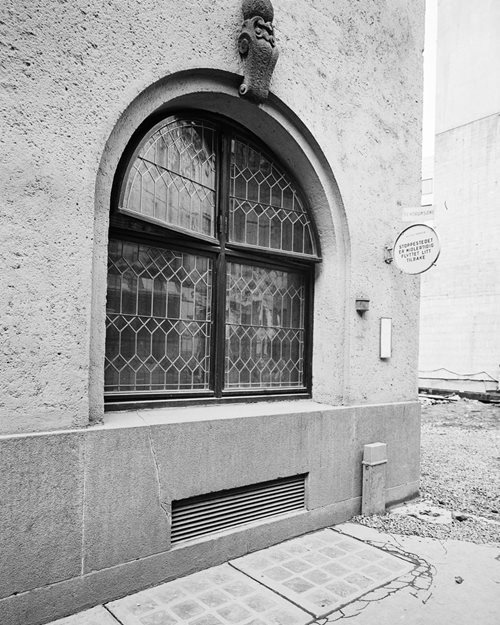 “Going to the Bristol” had now been a matter of fashion for more than four decades. In addition to striking up for dancing to the accompaniment of stylish jazz tones in Den Mauriske Hall, a great many fashion shows were also held in the function rooms at the hotel.

Among those who showcased their latest creations was fashion house Nina Ricci. By the 1930s the brand was already known for its refined, romantic, and always feminine, feel – a style that fitted hand in glove with the Bristol. 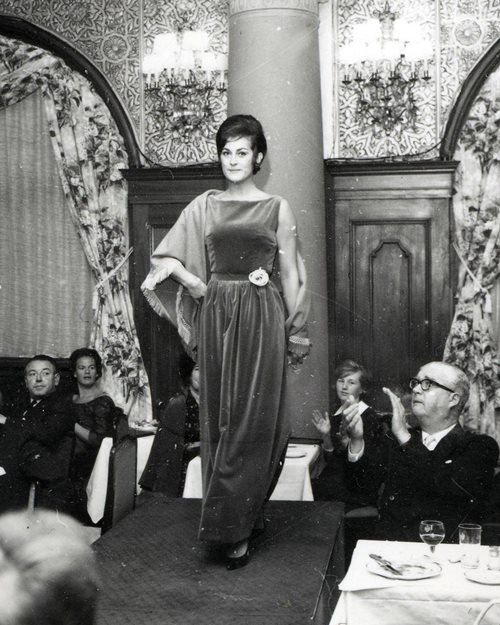 Towards the end of the 1960s the market began to decline, and large, elegant restaurants were no longer so popular. Consequently, Den Mauriske Hall closed its doors as an ordinary restaurant in 1970, and was instead only hired out for banquets and private functions. Two years later it closed for good. 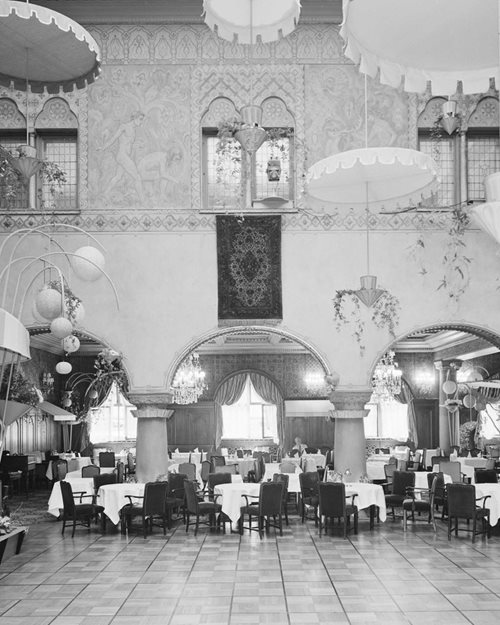 Businessman Olav Thon bought Hotel Bristol from the Jensen family. This laid the foundation for what would go on to become the Thon Hotels chain, which has now grown to be one of Norway’s biggest hotel chains. 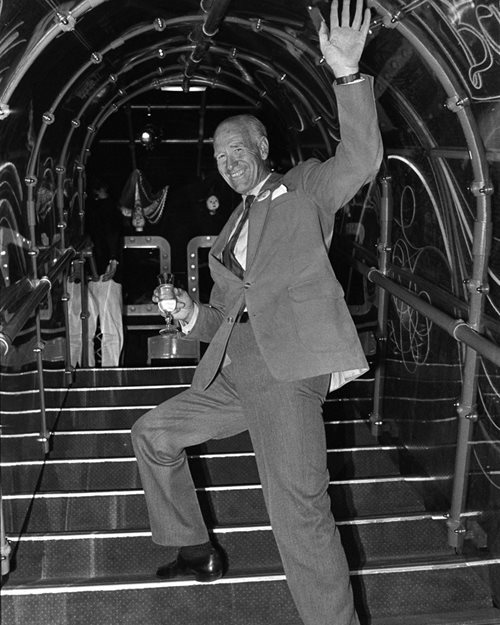 Following the take-over, major structural changes were initiated. One such change took place in 1975, when Olav Thon decided to lower the ceiling in Den Mauriske Hall.

The original hall with its ten-metre-high ceiling was divided into two floors. The first floor became what we now know as Vinterhaven and Bibliotekbaren, while the second floor was turned into the Mauriske Ballsal function room. The history in its walls was carefully preserved, and the décor from the 1920s remains intact on both floors. 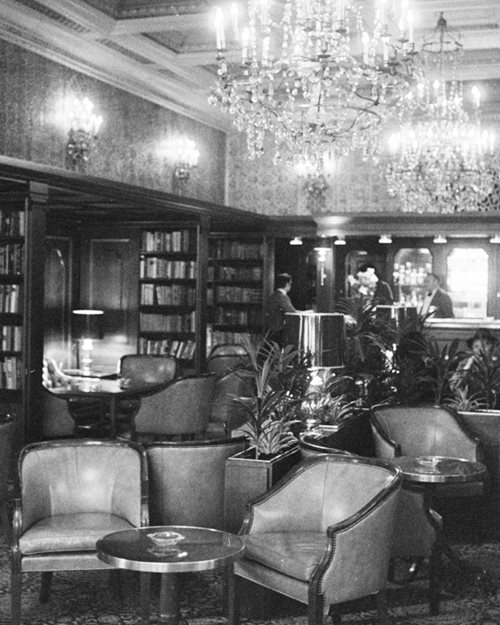 The fact that Olav Thon had a ceiling put in Den Mauriske Hall created quite a sensation.

Dagbladet, among others, wrote: “There are murmurings of shock among the upper class in Oslo and the surrounding area, with ripples spreading right out to Holmenkollen and Ullernåsen”. 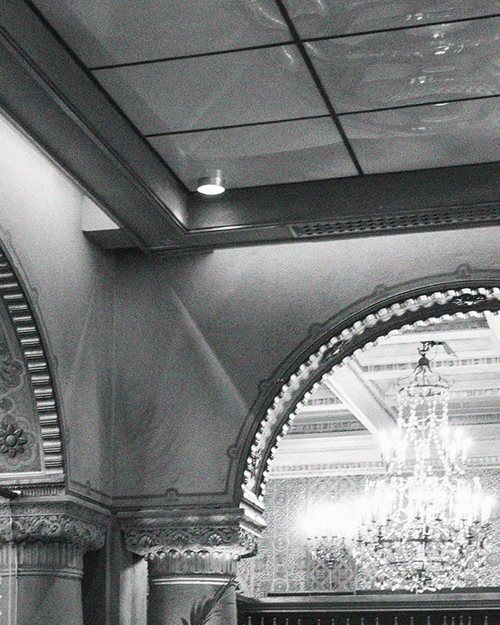 In 1980 the hotel entrance was moved to Den Mauriske Hall, which was then converted into an entrance hall. The reception was sited in the same area as Vinterhaven and Bibliotekbaren. Dance restaurant REXX was opened in the cellar. 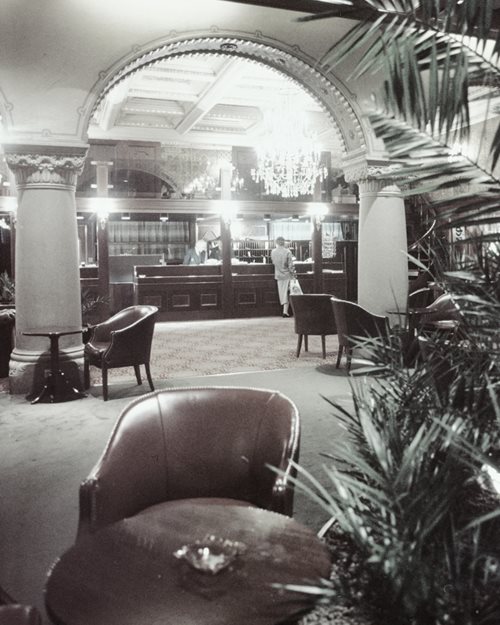 1984 was the year that Hotel Bristol gained a new sound. At that time Frank Sarközi was a touring musician. He eventually decided that he wanted to make his home in Oslo, and the manager at Hotel Bristol allowed him to audition on the hotel’s grand piano. They were so delighted with his playing that after a few months Sarközi was offered a permanent job. And he has been there ever since.

Always elegantly turned out in a dinner jacket, and with a keen gaze over the top of the piano and out towards his audience. Six days a week you will find him at the piano in Vinterhaven – first from 11:30 to 16:30, and later from 18:30 to 23:30. 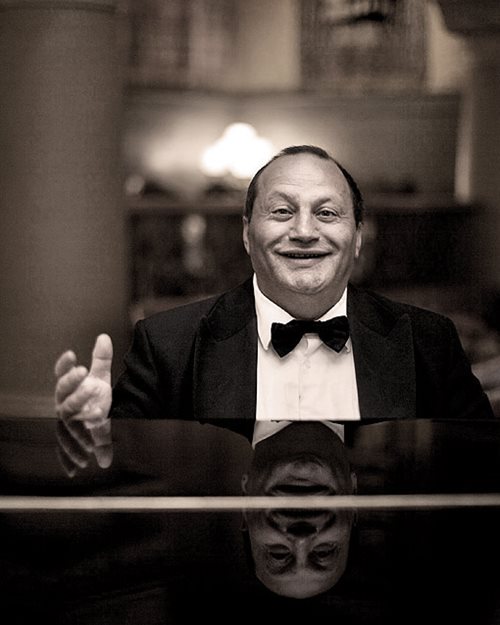 Frank has been filling Vinterhaven with jazz tones for 35 musical years on his Czech Petrof piano (the same type favoured by Duke Ellington). His audiences have included Nobel Prize winner Mikhail Gorbachev and president Bill Clinton, who have both spent time sitting chatting in Vinterhaven to the accompaniment of Frank’s music.

Frank always sizes up his audience and the mood before deciding what to play: old classics such as “Fly Me To The Moon” if most of those present are older generation, and perhaps something more upbeat like The Beatles for the younger generation. His set is also influenced by the weather outside, the time of year and sometimes dramatic events in the news. 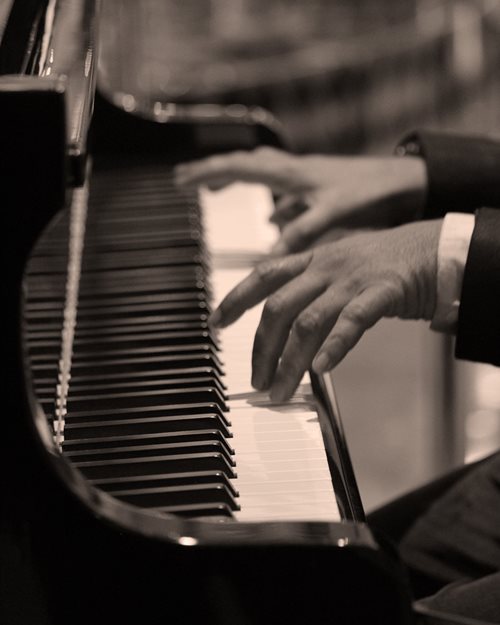 20 March 2000 saw the official opening of a large-scale extension to Hotel Bristol: 120 new rooms had been added, including six suites. Conference facilities, a café and a wellness centre were also opened. 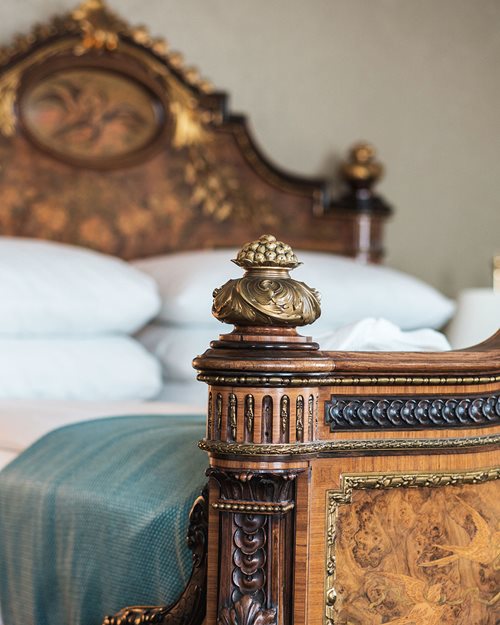 Extensive renovation of the hotel began in 2016. All 251 rooms were upgraded, the Bristol Bar and Bristol Grill were redecorated – and the latter was also given a new kitchen. An in-house café and bakery were created, and Vinterhaven was renovated and given a new interior. The reception was replaced, and the second floor was given catering facilities and a new kitchen.

The meeting, conference and banquet facilities were also refurbished, with the most modern and advanced AV equipment on the market installed. The ventilation system was upgraded, and the hotel gained its own 150m2 gym. 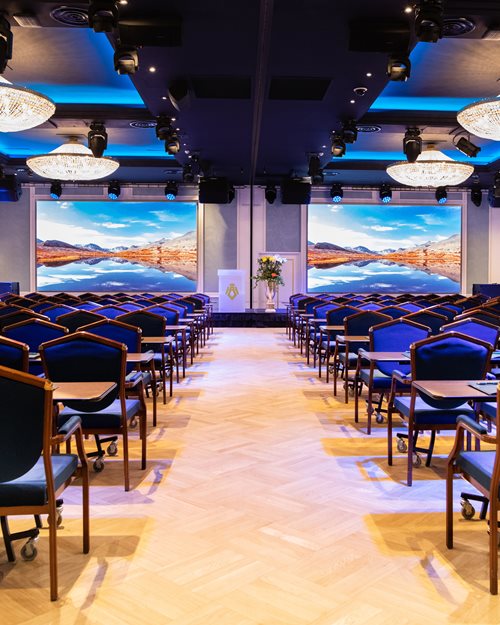 The renovations were completed in autumn 2019, but even though the level of comfort and facilities has been updated to modern standards, the hotel still retains its individual character. Chandeliers and paintings from the early years adorn Vinterhaven & Bibliotekbaren, the rooms and suites have been furnished in an elegant style reminiscent of a bygone era, and the charming creaking of the floors reminds you that you are in a one-hundred-year-old building.

The renovation process has also been about bringing out the best of its history – and as a result the Bristol once again has its own café and bakery. The project has produced a totally unique combination of past and present. 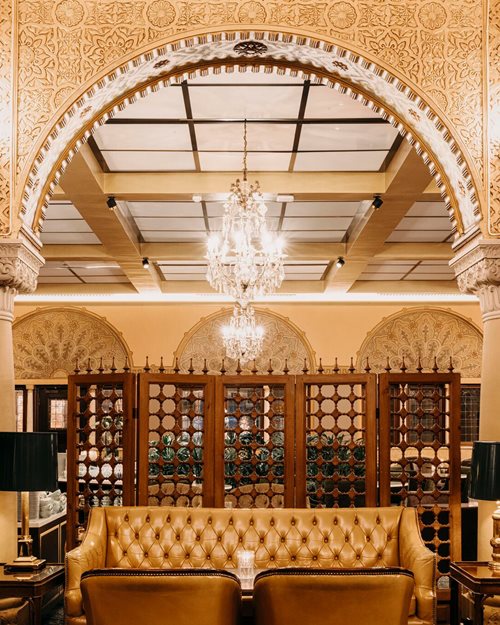 In 2020, Hotel Bristol will be celebrating its 100th anniversary. In order to mark the occasion, we will be launching our very own anniversary aquavit, and we have several exciting concepts in the pipeline. 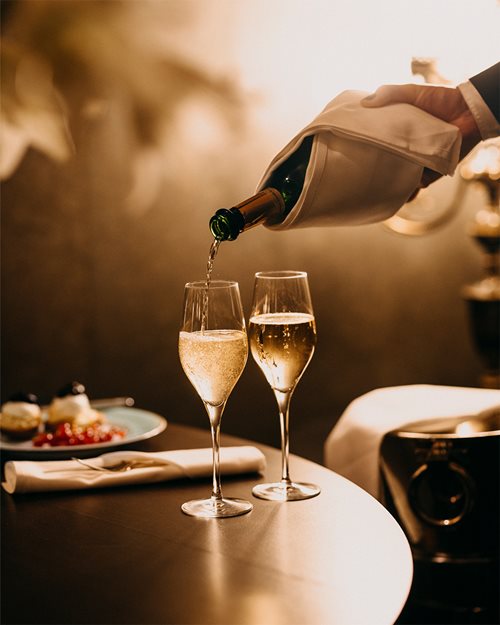